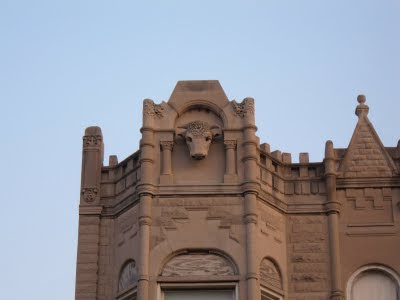 I'm sitting under a viaduct that lets Metra trains run over Hyde Park, Chicago. Yes, LA is far away! I rode the Southwest Chief from there to here between last Tuesday and Thursday, spending 42 hours total aboard the train. Then I got swept up in festivities for a friend's wedding, and am just now emerging from party mode and re-entering Urban Exploration mode. Bobby's here, we've got our bikes, and I've now traveled from Hyde Park to Rogers Park on the Lakeshore Trail.
Things that I have learned about Chicago:
1. People swim in the lake, and the color of the water is lovely in spots
2. People will refer to an area as having bad transit connections if there's no L stop close by (buses considered less good)
3. There are many bike workshops here, some of which are making connections between low-income cyclists and the bike movement
4. The Chicagoland Bicycle Federation is now called ActiveTrans and they contract with the city sometimes
5. Molecular gastronomy thrives here
6. Ditto on mixology
What is this strange place that lies in the midst of vast farmlands and lakes and hills on a flat plain that doesn't seem inclined to mimic New York in all ways? The city's full of tourist attractions, and this reminds me of San Francisco. SF stands in as the Platonic "city" for Californians, and maybe Chicago does that for midwesterners.
Posted by urbanadonia at 10:30 AM