Exploring Chicago on Bikes and Trains 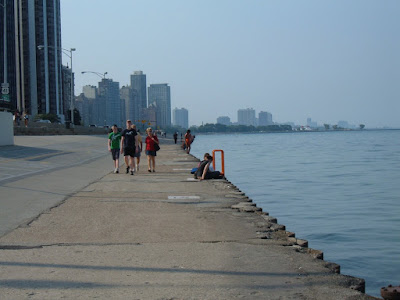 Riding and walking along the shore of Lake Michigan is made easy through a good portion of the city because of this Lakeshore Trail. It does crowd up, though, so you'd better like dodging little kids. Here's the view up a pedestrian walkway leaving an El station that's situated in the middle of an expressway. 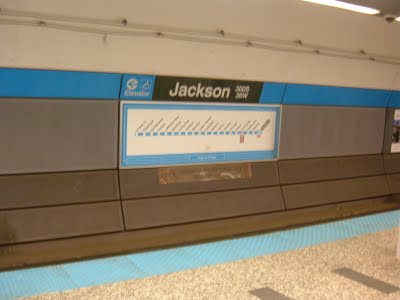 Some train stations, like the Blue Line's Jackson station, are underground, but most are elevated. 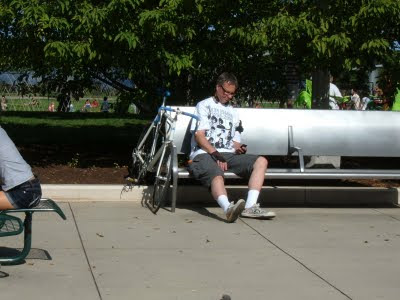 There are a lot of people on bikes in Chicago, including this dude who is wearing a Michael Jackson tribute shirt and sitting at a weird angle. 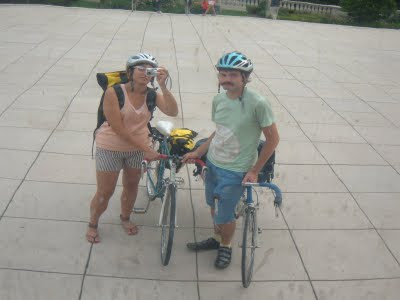 Here we are as reflected in Cloudgate/ the Bean.
Posted by urbanadonia at 10:58 AM