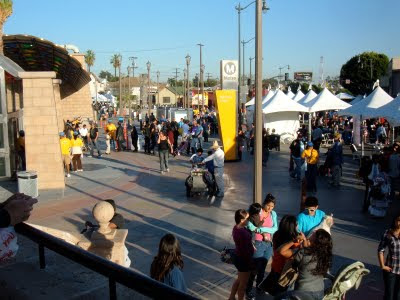 Mariachi Plaza Station, from the gazebo there. 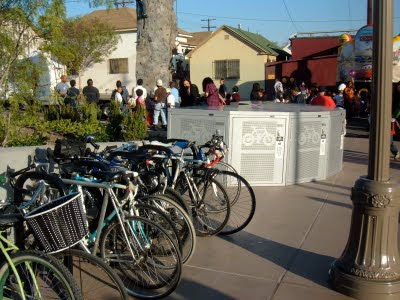 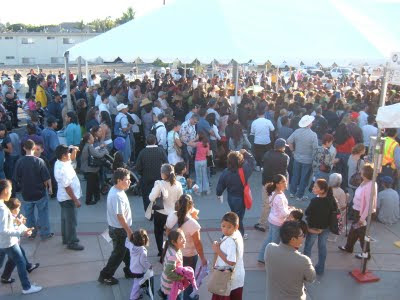 People in the street! This is 1st Street closed for the Boyle Heights Block Party they held in conjunction with the Gold Line opening. Everyone's crowding around to hear and see a lady singer belting out baladas. 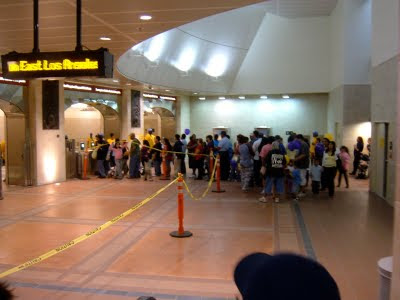 Down below, people waited in line to ride the new subway to East LA. 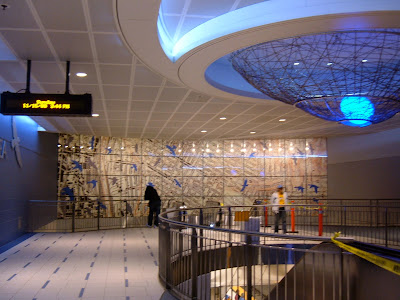 Here's the new public art in the Soto Street Station. The overhanging egg in a wire nest is a bit silly, but I really like the map of old Los Angeles overlaid with blue birds. Go see it yourself, my picture doesn't do it justice. 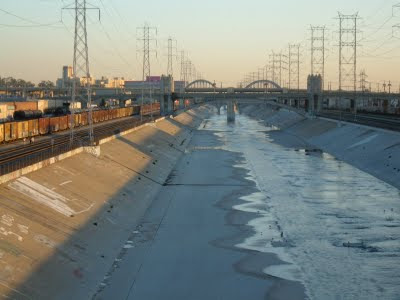 This is the view of the LA River from the 1st Street bridge during the magic hour. 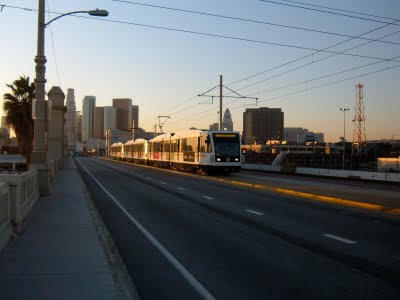 And if you turn around on the bridge, you can now watch the trains approach and depart downtown LA. This is my favorite stretch of the new line, cause you can ride your bike alongside the train and wave at the people inside. Since it was a Sunday, the bridge had very little traffic. It felt like a train/ bike only bridge. What a dream!

The loveliest moment of the day came when people disembarked from the train at Mariachi Plaza and clapped. I don't know if they were applauding the historic return of rail transit to East LA, or some other happy event, but it made me feel really good inside.
Posted by urbanadonia at 11:50 AM