Philadelphia is for Anthropologists 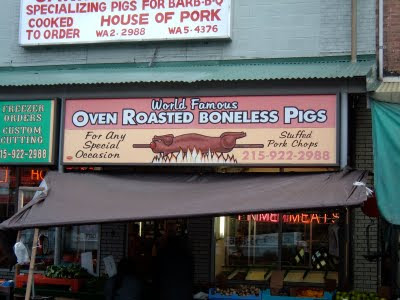 Last week I made it to Philadelphia, taking the train from Albuquerque to Chicago, then to Pittsburgh, then on to Philly.

Pittsburgh has a terrible train station. It seems like they should have a grand old lovely one, but it's really more akin to a Greyhound station than a quaint public space from before the automotive age. It appeared to have been constructed in the 1970s or 1980s. Hopefully it wasn't the product of some ill-advised redevelopment scheme that razed an older station in favor of the existing depressing one.

Philadelphia, though, is reached via beautiful 30th Street Station, a cavernous marble hall of food courts and information booths.

When I got there I walked through a light mist to my hotel. I'd decided to forgo a sleeping compartment on the train in favor of staying in a cozy hotel room my first night in town, and it felt wonderful to arrive there. There was even a weird channel that played shitty programming about Japan.

Then I did some anthropologist stuff at the annual meetings of the American Anthropological Association. I didn't present a paper, so I just sort of ran around attending talks and waving hello people.

I also played a fair amount of hooky, sightseeing around Philly with a friend of a friend. We had delightful brunches, ample sour ale, and even fifty cent gourmet dumplings. 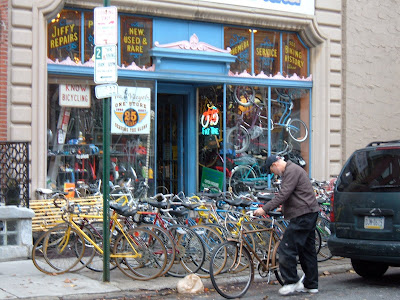 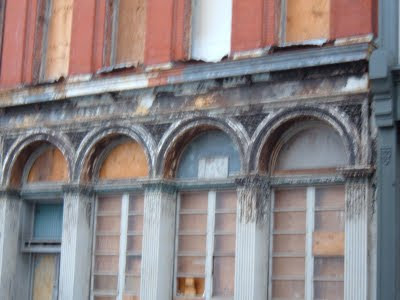 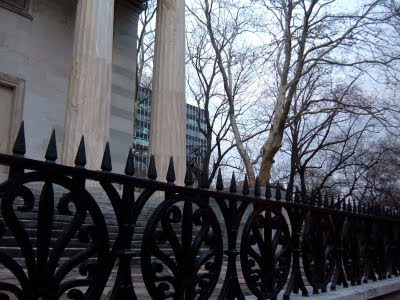 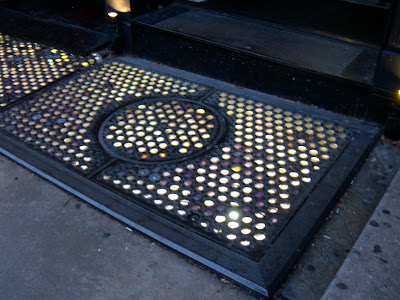 Glass lit from below the sidewalk

One surprise in Philly: the subway ridership more closely resembles that of LA than New York. Public transit seems to be left to the transit-dependent. It's not a very crowded city, either. I didn't get to see any outlying neighborhoods, just the city center and some adjacent areas. 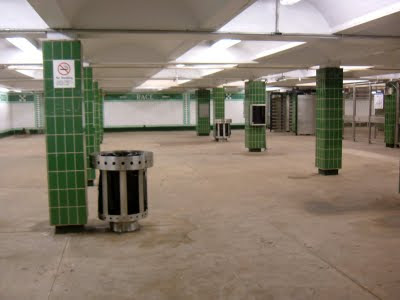 Ultimately I think I'm a better urban explorer when I'm by myself. Other people distract me from flânerie. That's not a bad thing, but it does leave me with a feeling that I didn't really see the city, just had lots of conversations somewhere.
Posted by urbanadonia at 11:40 AM