Too Little Time in Montréal

Though I spent most of my recent trip to Montreal inside conference rooms listening to talks or inside bars carousing with other anthropologists, I managed to escape into the city for some drifting on a few afternoons. This was my soundtrack.

I saw lots of transport cyclists, people getting around on bikes without wearing sporty spandex outfits. I didn't see many people riding bikes on sidewalks, and didn't notice any altercations between bicyclists and drivers. The Bixi bike rental system appeared to have pulled most of their fleet out of service for the winter, but I could see that there were lots of convenient places to pick up or leave bikes. 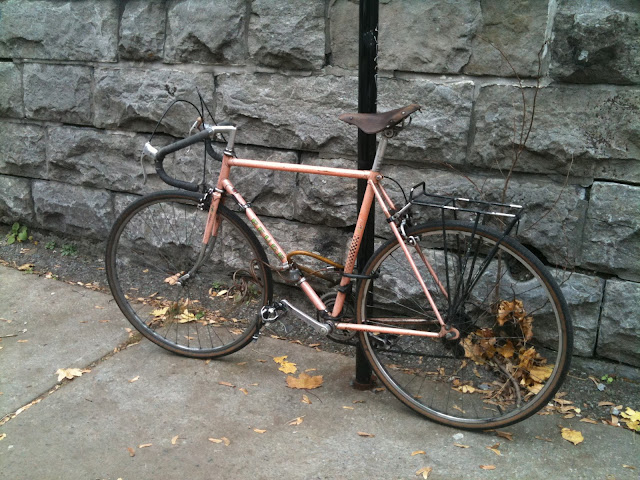 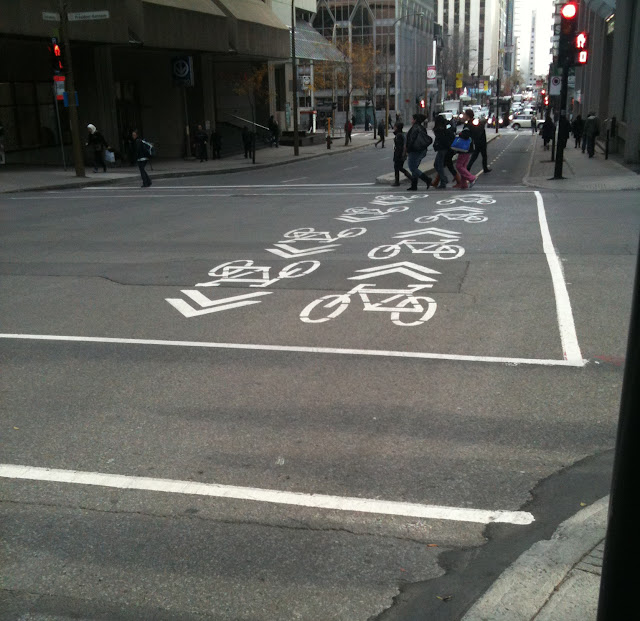 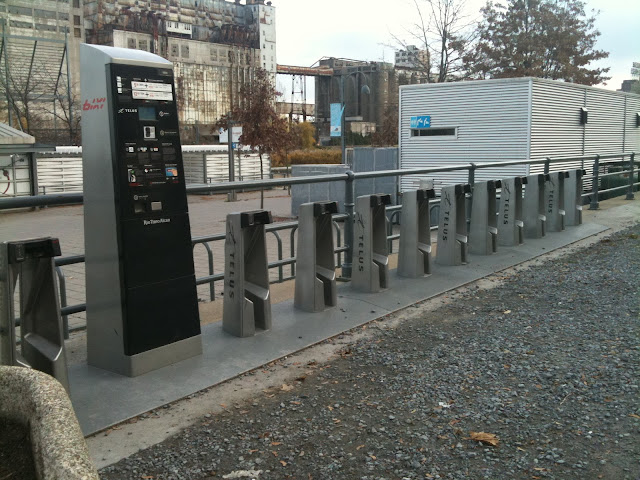 Many intersections lacked pedestrian crossing signals, maybe because people just crossed the street as soon as possible, like in New York. I came across a lot of sidewalks that had been closed by construction. In these cases people just walked in the road until the sidewalk cleared. Drivers cut very close to me and other pedestrians in crosswalks. 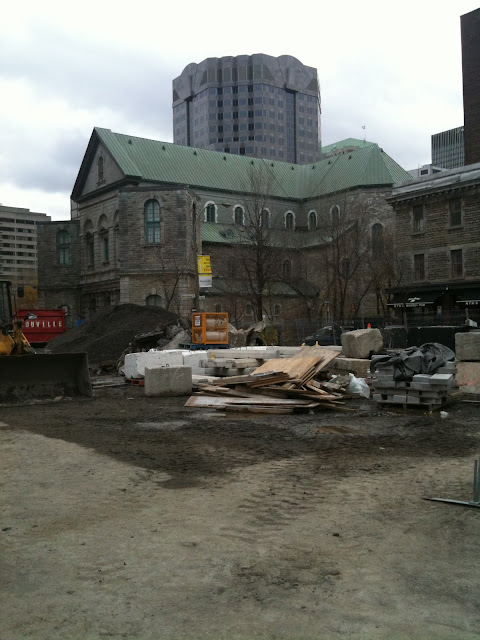 I would have liked to ride the subway more, but the hotel where I stayed in the Plateau neighborhood sat on a convenient bus line. 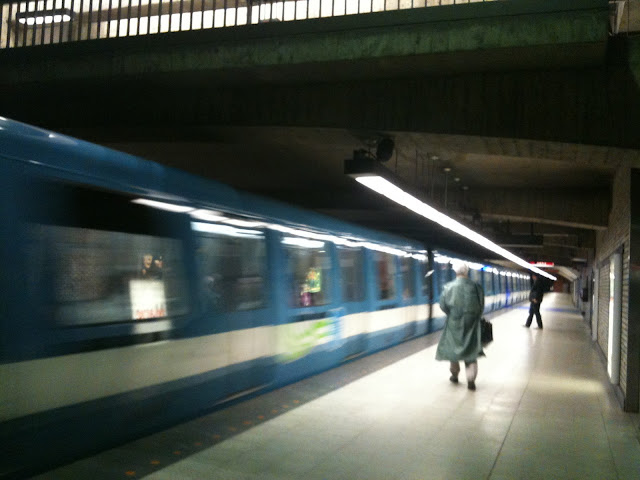 The city has many neat public spaces, both indoors and out. 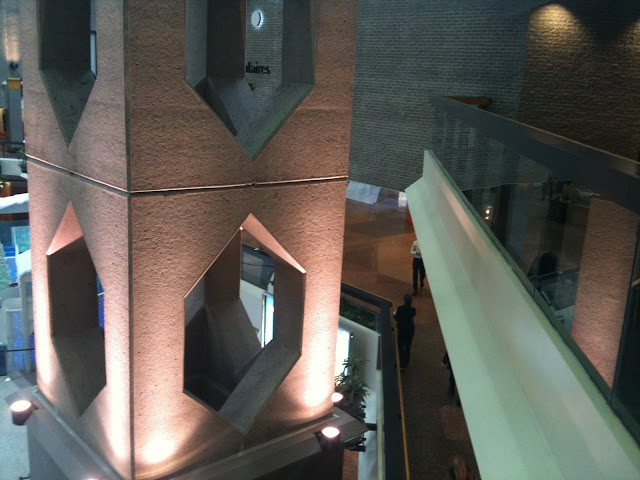 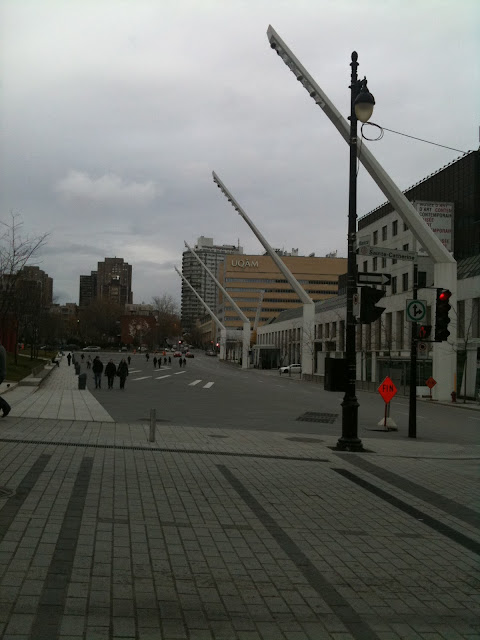 There were lots of juxtapositions in the landscape, old next to new and wintry branches framing modern monoliths. 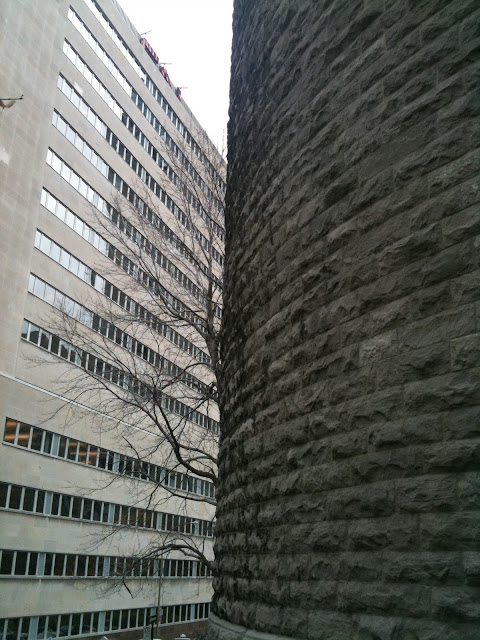 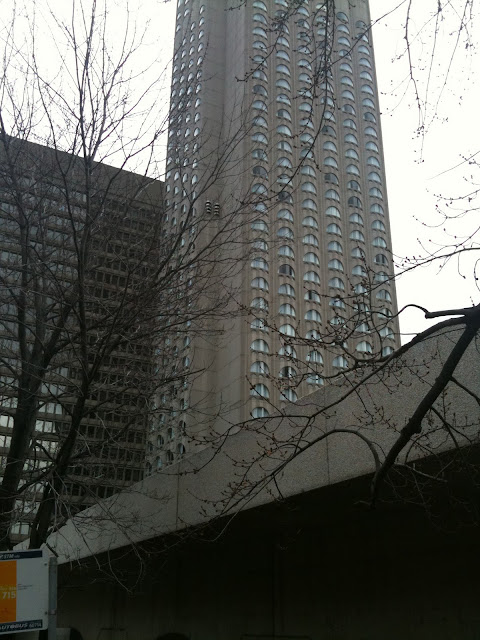 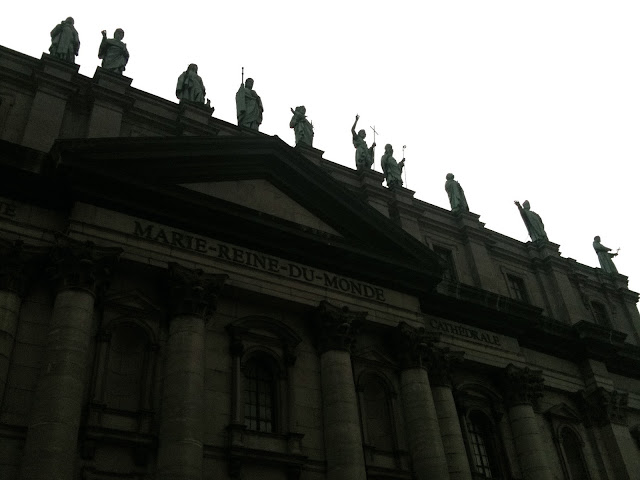 I spent a very pleasant afternoon exploring Quays of the Old Port of Montreal, Montréal's frontage along the St. Lawrence River that has been converted into a series of public spaces. J'aime bien l'adaptive reuse. 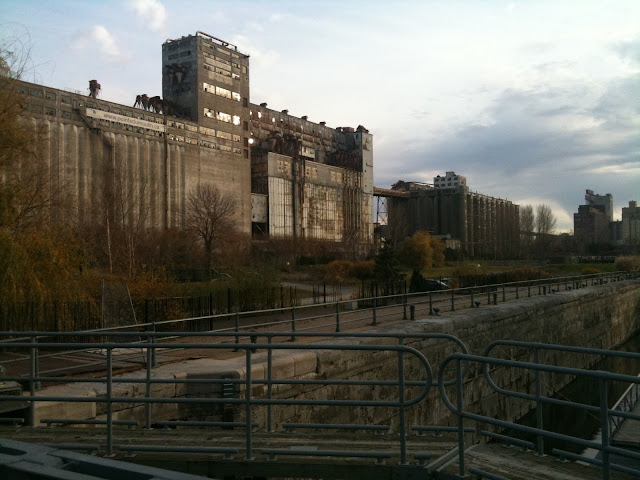 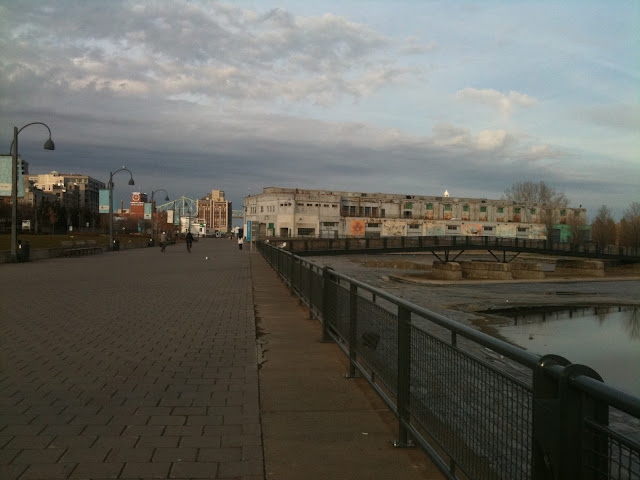 I really enjoyed Montréal's bilingual culture, and it made me realize how little I know about the French colonial legacy in North America, the Hudson's Bay Company, and the politics of language. Where I grew up in Southern California, Spanish might be heard as often as English, but due to racism I can't imagine it becoming an official language. Hope I have an excuse to visit Montréal again soon.
Posted by urbanadonia at 4:15 PM