From Bogotá to LA

As a grad student in cultural anthropology, which is the study of modern human cultures and habits, I started studying transportation issues in 2008. Mainly, how LA can be hard to move through. Have you noticed? Maybe in a car it's easy to ignore, if you roll up the windows and pump up the stereo, but outside, on a bike or on your feet, you get the feeling that you're not a human anymore, but a target in a video game.

I started hearing about this thing called a ciclovía, a Colombian event that happens every week and gives people a chance to experience their streets without the push of automotive traffic. Thanks to a research grant from my university, UC Irvine, I traveled to Bogotá in August 2008 to check out this phenomenon.

At its least exciting, the ciclovía just looked like regular people enjoying a bike ride on a Sunday morning. 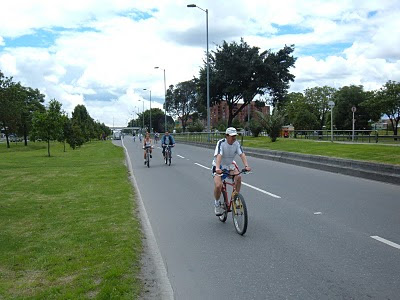 But then, on another Sunday, the whole city came out for a parade taking place on the ciclovía route, which travels right through the heart of Bogotá's busiest districts. 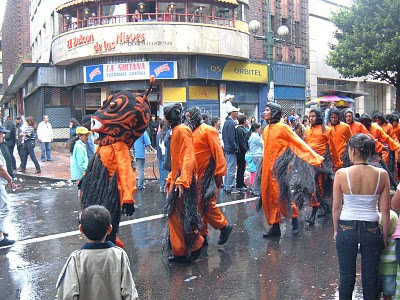 At CicLAvia on 10/10/10, I don't expect all Angelenos to organize themselves into parades. I mean, for our city, a bunch of people out enjoying their streets in simple ways will be a very exciting thing. In my mind what counts is seeing our city move toward supporting ALL modes of transport, not just automotive ones.