The Coast Starlight chugged into Sacramento around 5 am last Tuesday. I picked up my things and went into the station and sat there until the sky lightened, around 7:15 am. Using my handy internet phone, I identified a source for caffeine and set out for Temple Coffee.

As I've remarked before, I really like that layovers on the train happen in the middle of cities rather than in contained non-places like when traveling by air. I needed to be back at the Sacramento train station for an 11 am train to Salt Lake City, but I had a few hours for exploring. Despite having grown up in California (fourth generation, yo! My great great grandfather drove a streetcar in San Bernardino at the turn of the century), I'd never been to the capitol. So I knew my drifting needed to take me there. 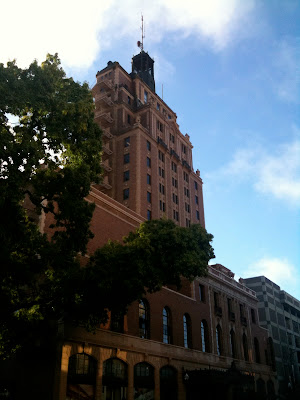 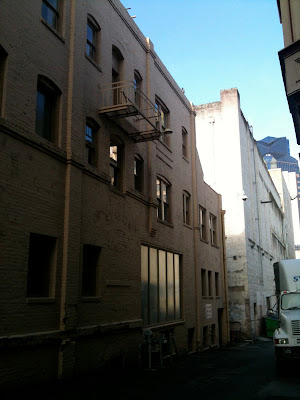 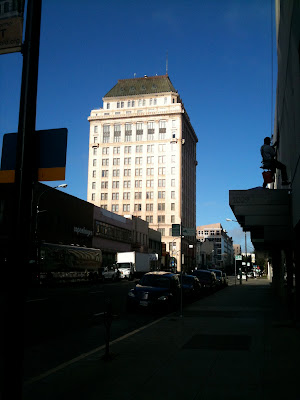 The morning gloom burned off while I made my way around. I saw some neat buildings and public spaces, and lots of people biking, but also a surprising number of empty storefronts and decay. I found some helpful maps posted around downtown, so I didn't manage to get fully lost. Good thinking, city peeps!

Then I found the capitol by following a lovely pedestrianized avenue. 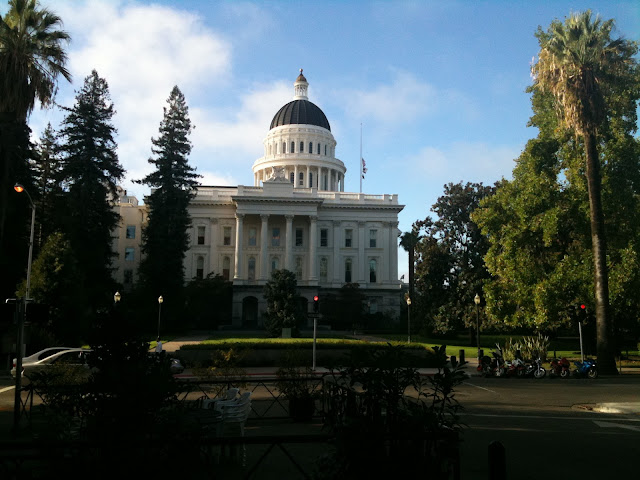 I went inside, expecting them to hassle me about carrying a backpack and full tote bag (no lockers at the train station, unfortunately. The only cities where I've been able to use lockers are Chicago and Portland, where you can find lockers in the adjacent Greyhound station). The guards didn't care, so I got to wander around the stately old halls. Pretty much by myself, too.


Heading back to the train station, I saw a shopping mall. It could be that there are so many empty storefronts cause of this mall in the city center.
Getting to the train station, which is part of a regional transit center, isn't exactly pedestrian friendly. First you have to cross a street where they've limited your crossing options. 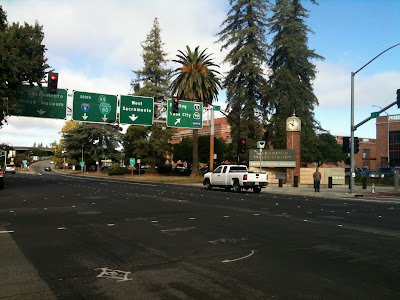 And then the public space in front of the station is filled with parking. 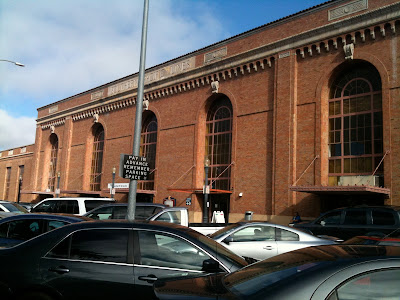 I made it back with plenty of time. I could see from the train platform that there was a secret passage to Old Sacramento. 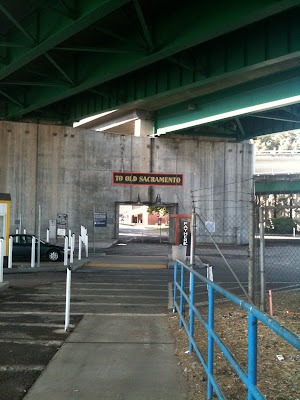 Intrigued, I passed through. It's neat that there's a pedestrian connection to the park under a highway, but I felt let down when I got there. 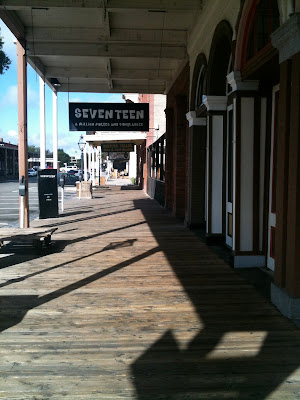 I love old buildings, but in a case like this, where the city relocated old buildings to this spit of land between a highway and a river, what you have is a tourist trap and not a thriving neighborhood. My willing suspension of disbelief couldn't overcome the roar of traffic on the highway.
Posted by urbanadonia at 3:02 PM