On my way to Salt Lake City, where I'm getting ready to present at an urban planning conference tomorrow, I traveled on the Coast Starlight from Seattle to Sacramento, and on the California Zephyr from Sacramento to SLC. Here are some pictures of Amtrak stations in Seattle, Portland, and Sacramento.

King Street Station in Seattle has apparently been under construction for many years. They're slowly revealing and restoring some original detail work. 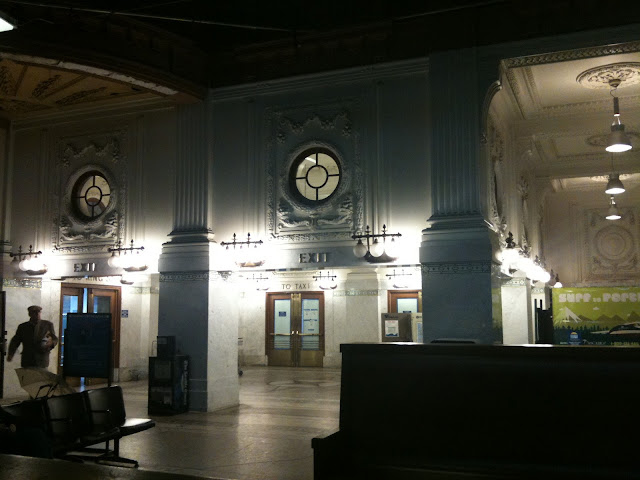 The space will probably be splendid once they're done, but for now waiting there kind of feels like crouching in a cluttered hallway.
Over the ladies' restroom, a clock and a lightbox. 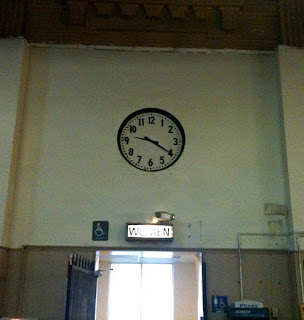 In Portland, where we had some extra time, I thought about running up to my favorite food cart, the Whole Bowl, and stocking up on tasty yums for the ride. But visions of running back to the station only to see the train pull away from the station with a final toot toot made me reconsider, so I just slurped from a Benson Bubbler and took pictures instead. 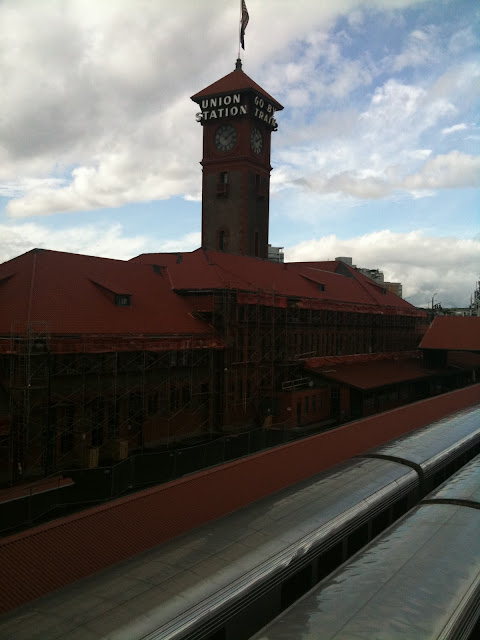 As in many old train stations I've seen, the bathroom has a large anteroom where ladies must have swooned it up back in the day. Now only carefully curated modernist furniture can linger. 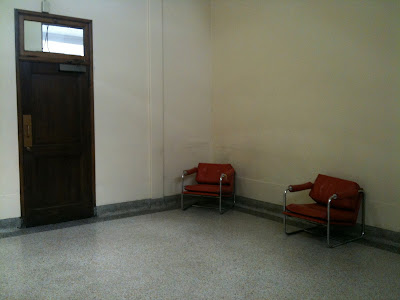 This one also has a lightbox. 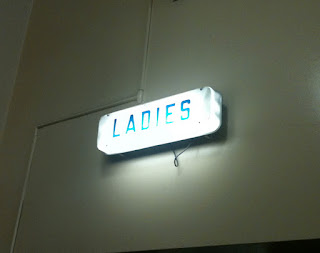 I arrived in Sacramento at about 5 am on Tuesday morning, so my first groggy impression was of an ornate cave. You have to wind your way through some tunnels to get from certain tracks to the station, so when I emerged into the hall it still felt subterranean. 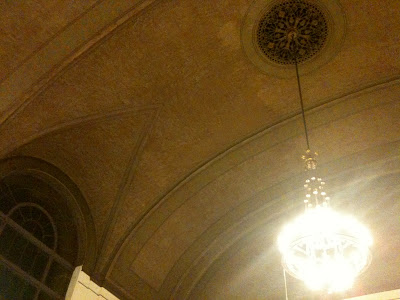 Later in the day I got an exterior shot. 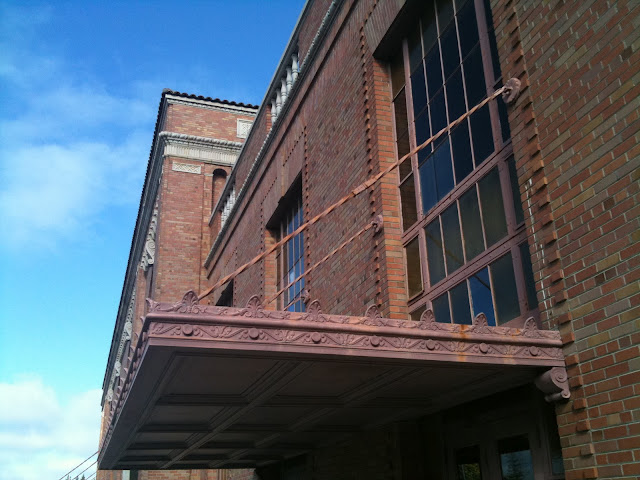 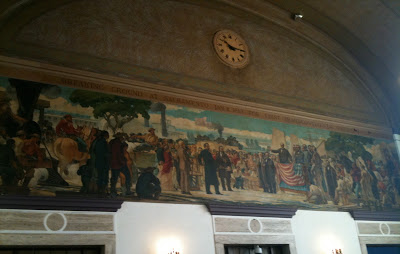 The long wooden benches had been branded many years ago. 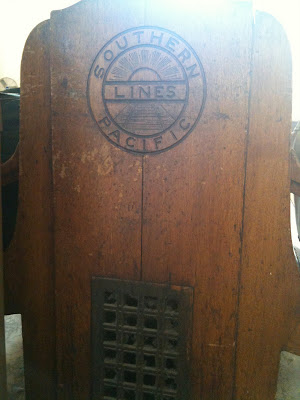 From the tracks, you have a better view of the station's Italianate style. 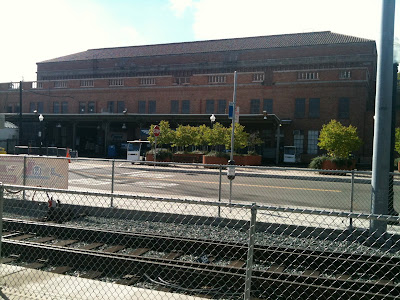 These stations have a grandeur left over from the pre-Amtrak era, when passenger rail seemed deserving of artful waiting rooms. My next stop, Salt Lake City, did not really size up, station-wise. More on that later.

Posted by urbanadonia at 7:53 PM