The Contradictions of Urban Property: Places for Living, Places for Sale

Urban real estate is making a lot of money for property owners. There are more and more market-based incentives for developing in cities. As the sale of lifestyles with their various green veneers overtake the historical character of existing neighborhoods, what becomes of their visual landscapes? Creativity in Seattle seems very numbers-driven. The reality of what places look and feel like seem less important to its boosters than the statistics they can derive from aggregates of buildings and bodies. In architecture and planning, this too often translates into monotony and the erasure of history. How long can a place stay trendy after its landmarks have all been destroyed?

In my neighborhood, Capitol Hill, there seem to be two options for each lucrative lot. Option one: tear down existing buildings and throw up rectangular boxes whose many units make money for the developer (although money might not be mentioned, they'll be sure to play up the density angle). 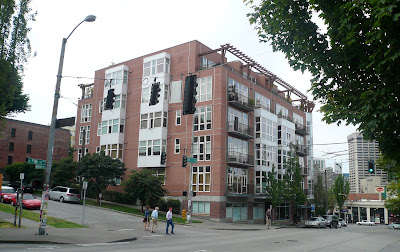 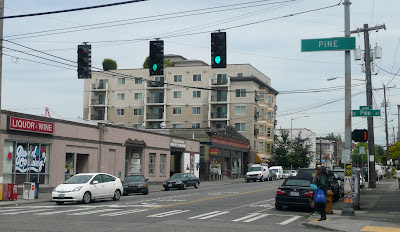 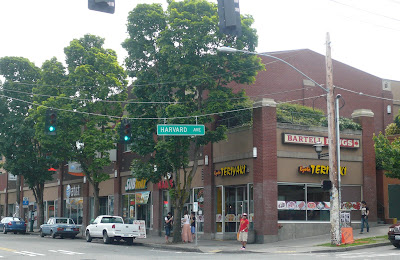 Option two: scrub away the character of an existing building, transform it into something that wouldn't be out of place on Main Street, U.S.A. 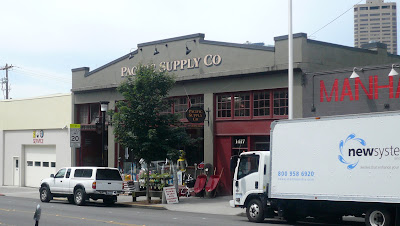 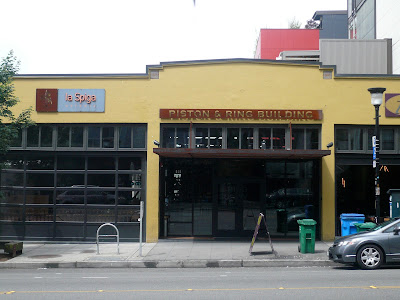 I like my cities a little rough around the edges. For a long time I felt weird about that, thinking about the class privilege allowing me to aestheticize slums where people experienced poverty and neglect. But as I've come to understand placemaking more, I've learned that what I like about urban decay is the window into history that it offers. When you can see a building's many lives through worn corners and incongruous facade work, you're seeing more than an aesthetic veneer. You're seeing how people built that place, for better or for worse. 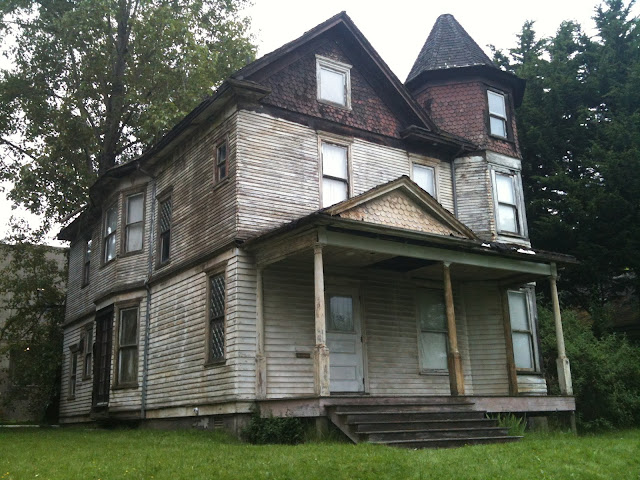 I wonder about the people who think that erasing decay is an urban ideal. I wrote recently about the concept of enchantment engineering, which brings Disneyland to the world through tricking inhabitants into believing that they live in a nice place, rather than expecting them to build places through their daily activities. Seattle seems much further along in the enchantment engineering process than many other cities I've visited.

Enchantment engineering leaves creative action to professionals rather than inhabitants, and we should question this relinquishment of personal agency that comes with a customer service vision for urban life. One thing that irks me, for example, is how many people still drive in Capitol Hill, an urban neighborhood in a city that promotes its "green" image. Based on how often I hear people complaining about parking in my neighborhood, there seem to be many people for whom living in a dense urban neighborhood with easy access to services and transit does not mean giving up their cars.

If you expect to buy all of your experiences, rather than making them yourself, you probably place less value on something like bicycling, which makes you realize how much we take for granted about our lives. I had a great conversation recently with an activist/artist I really admire, Joe Linton, about the way being a bicyclist changes what you see as fixed in your environment. Biking has had huge effects in my life, and every day I think of new ways to challenge what I've been told is true, what I've been told I can't change.

Even if everyone who lives in Capitol Hill stopped driving, this is a neighborhood that attracts many drivers to restaurants, boutiques and, creepily, bars. Businesses that focused more on serving a local population wouldn't need to fight for parking for a customer base that drives in from other places. Why not just move their businesses to the suburbs, where there is ample parking for a population that fears sidewalk life? It is because they are capitalizing on the location in this neighborhood. The Capitol Hill ambiance attracts those customers. If we are truly going to reorganize our cities for sustainability, we need to talk openly about these issues, instead of draining the life out of place after place while the bohemians move on and the trendy bars follow.
Posted by urbanadonia at 10:52 PM