When I talk about "infrastructure," I'm kind of loosey goosey as to what I mean. Sometimes I'm referring to straightforward examples of infrastructure, like highways or bike paths or power distribution. Other times I'm talking about something that facilitates something else in a more metaphorical sense, like social networks and individuals within them. For this post, I've been thinking about infrastructure as something that tells you where you are.

This is the sound you hear when the luggage hatch opens on a Bus Éireann motorcoach. 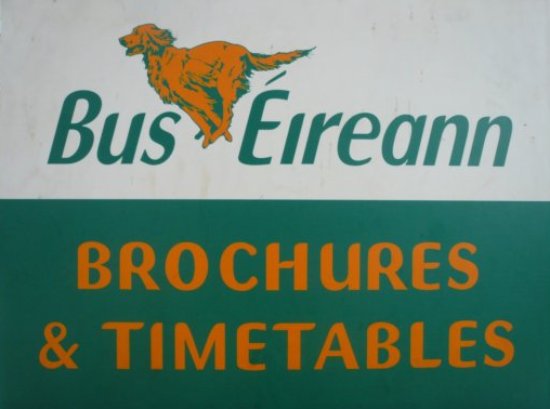 In the U.S., the national bus service has a greyhound as its symbol. In Ireland, it's an Irish setter. 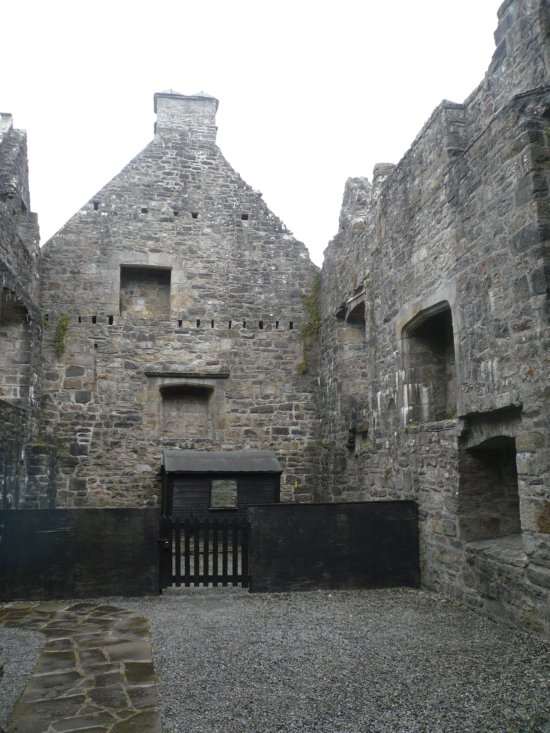 When we visited Donegal Castle, I thought about castles as a form of security infrastructure. These hanging fireplaces show how stone walls endure longer than wooden floors. 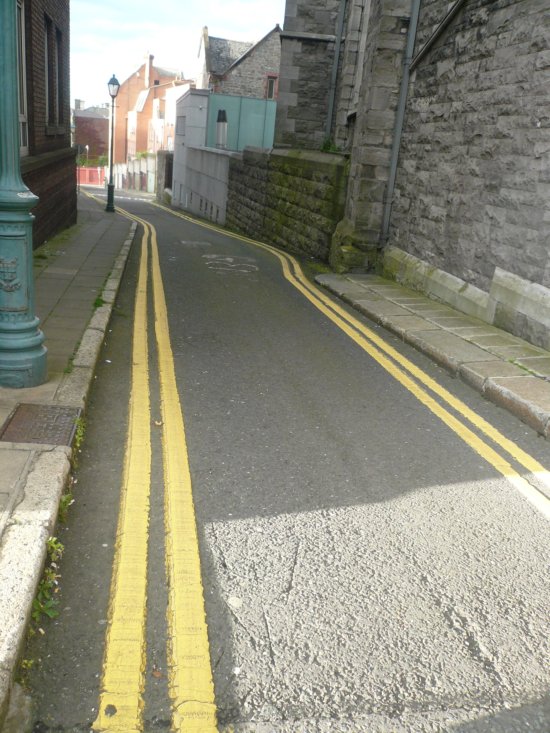 On this back street in Dublin, double yellow lines mean no parking. 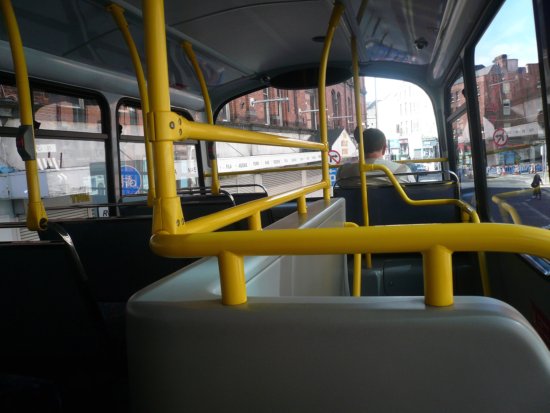 Here's what it looks like when you sit upstairs on a double decker Dublin bus. 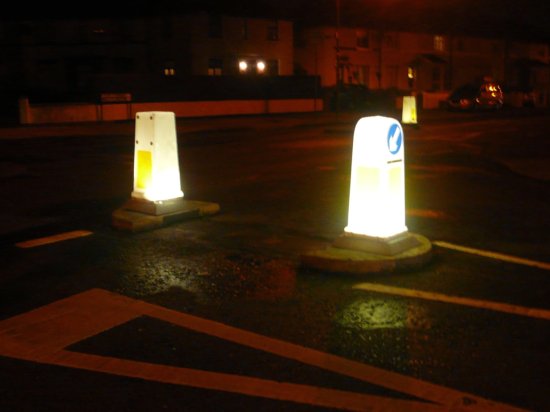 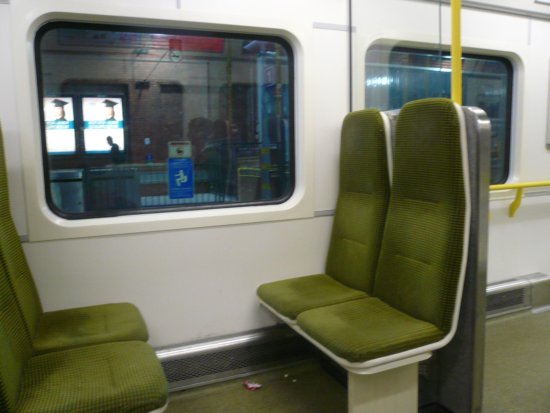 Across the city, an empty commuter train travels toward Dún Laoghaire. 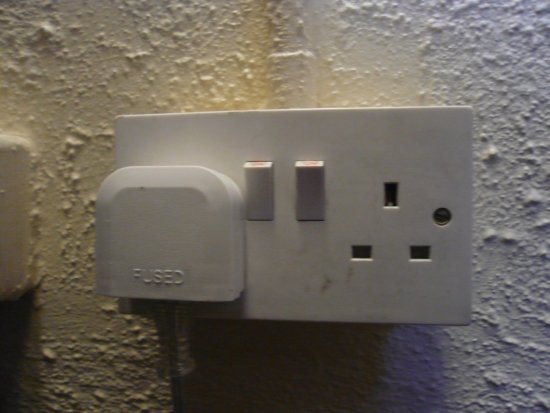 The outlets can be switched on and off individually. I liked the way this made me think about energy efficiency, and how you could leave a charger plugged in but switched off. And switching those little buttons had a satisfying feel. 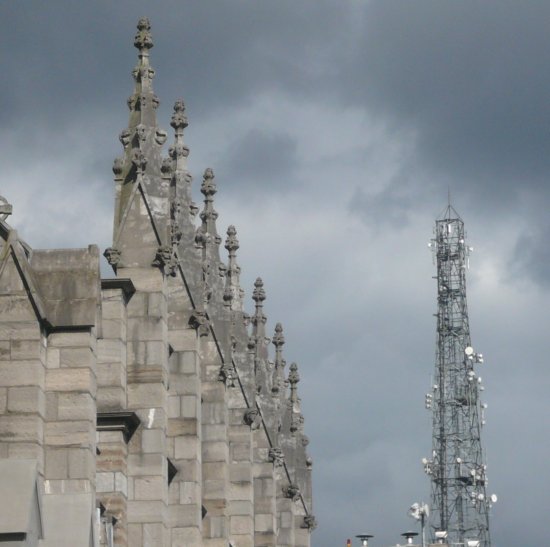 Towers for communications, towers for spectacle. Although I suppose radio towers are a form of spectacle in themselves, showing technological rather than architectural prowess. 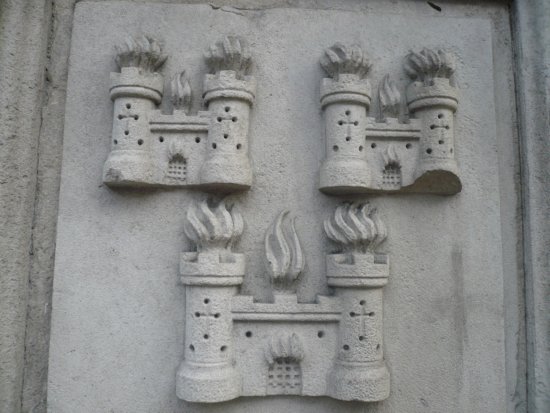 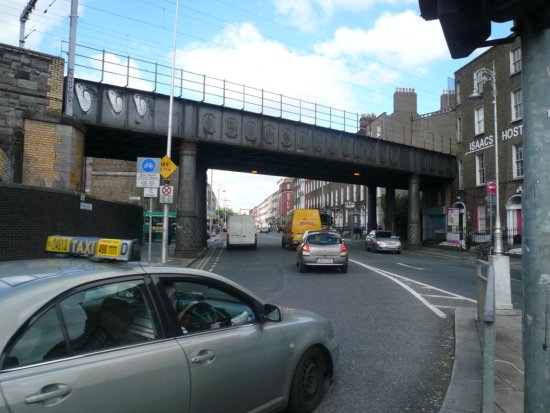 A railway bridge in central Dublin carries travelers over the complex system of curving roads. 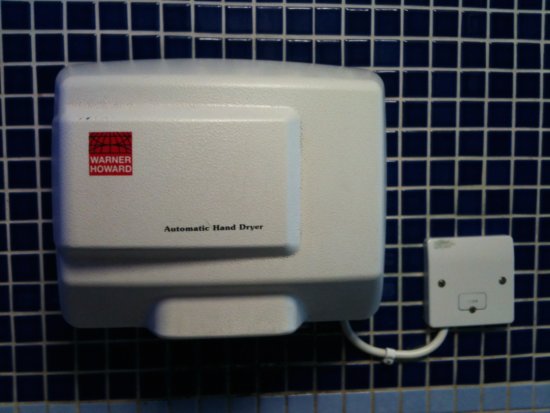 I get a kick out of how many competing designs there are for hand dryers in the world. 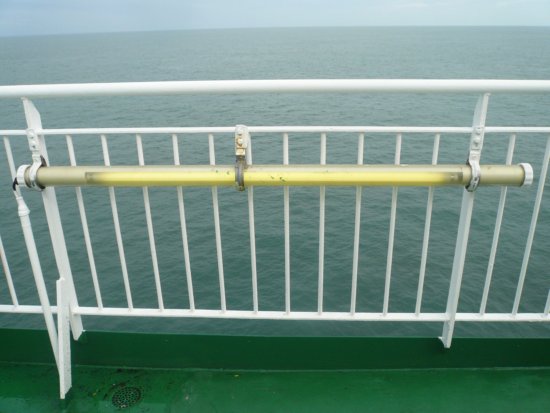 On board an Irish ferry named after James Joyce's Ulysses, a plastic tube protects a neon tube from Irish Sea spray. Nesting tubes.
Posted by urbanadonia at 4:09 PM