Boats and Trains and the British Isles

Pulp's "Boats and Trains" seems like an appropriate theme for this picture show.

At the end of August 2012, my partner and I traveled from Dublin to London using a ferry and a train. I documented the trip in pictures. (There's a wealth of information about this "SailRail" journey on the Man in Seat 61's website if you want more logistical details.)

Early on a Friday morning, an enclosed gangway fed people into the massive ferry called Ulysses in the Port of Dublin. 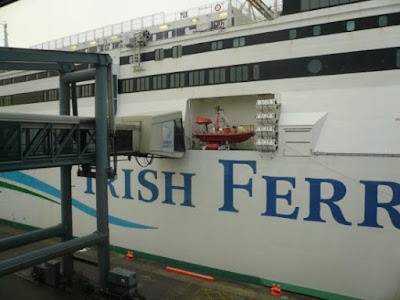 The perplexing Joycean theme continued inside the ship, which had a shopping mall and a "James Joyce Balcony Lounge." 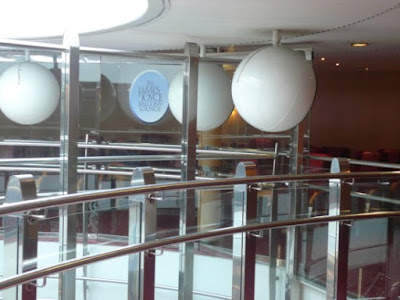 Smokestacks belched as we pushed across the Irish Sea. 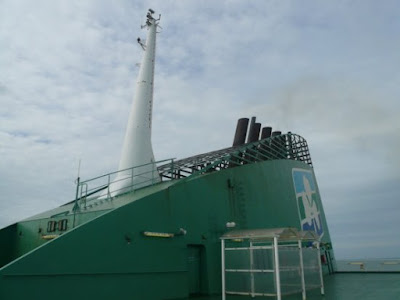 Lifeboats splashed against the water down below. 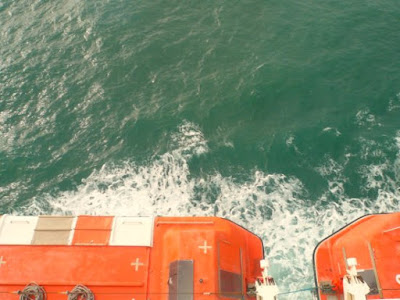 In the distance, Wales loomed. 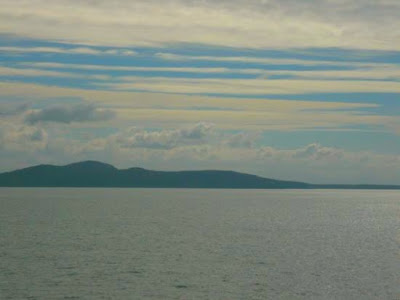 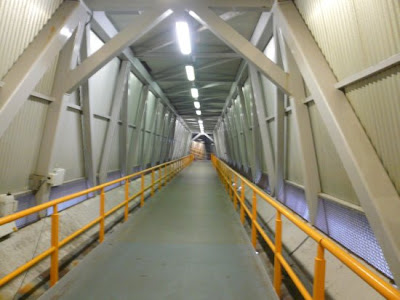 Now we had reached a transportation hub on the Welsh island Ynys Môn, or in English Anglesey. 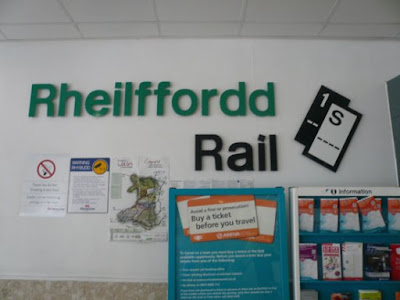 A fancy pedestrian bridge connected travelers with the town of Holyhead. 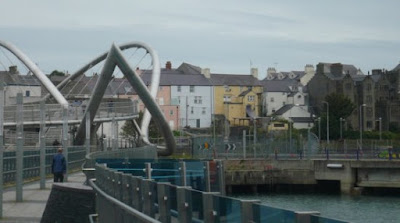 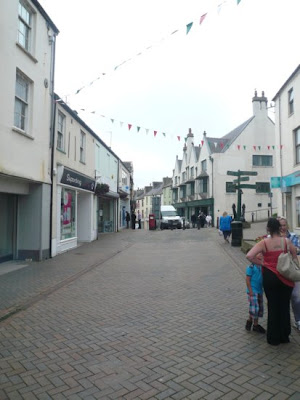 At Holyhead's center we found the church of St. Cybi, whose namesake was buried here in 555. The Cornish saint is also commemorated in the town's Welsh name, Caergybi. 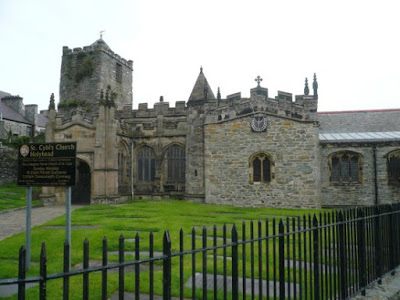 The medieval church was built on a Roman fort, whose still intact walls seemed to whisper "helloooo" as we passed through the churchyard. 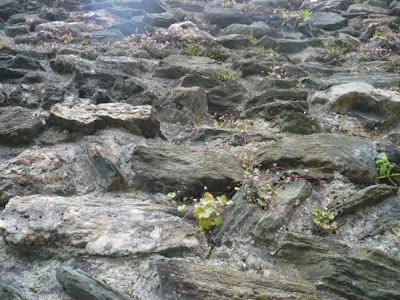 (Then we looked up and saw the grinning faces of two boys who were lying across the top of the stones and whispering to spook the tourists. It was some A+ pranking, well done little Welsh boys.)

Back in the railway station, intricately decorated brackets held up the roof. This reminded me of a strong impression from my only other trip to Europe, when I was 17: functional things were prettier there than in the United States. 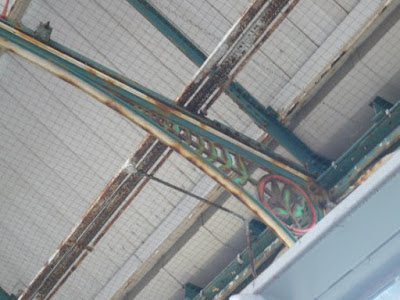 We climbed aboard our train, which was run by Virgin under contract with the government. It was not very clean inside, or comfortable. The dirty windows made it impossible to take decent pictures of all the castles passing by outside. 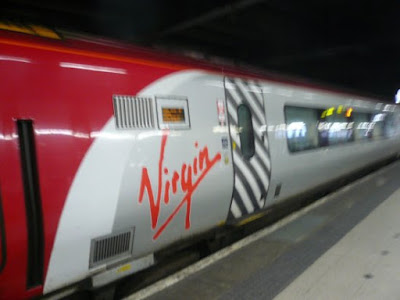 The ticketing system in the UK required us to purchase seat reservations along with our travel passes. Partway through the journey to London, the computerized system failed and all new passengers had to grab whatever seats they could find. It was interesting to see how chaotic this seemed, whereas on Amtrak finding a seat on the fly is the norm. Once people rely on a system, its failure complicates what might otherwise be a straightforward process.

And then, finally, we arrived at incredibly bustling Euston Station in London at about 17:00. Waiting for our hostess to meet us, we got to see crowds of commuters having the weekend's first drink at old gatehouses that had been cleverly converted into watering holes. 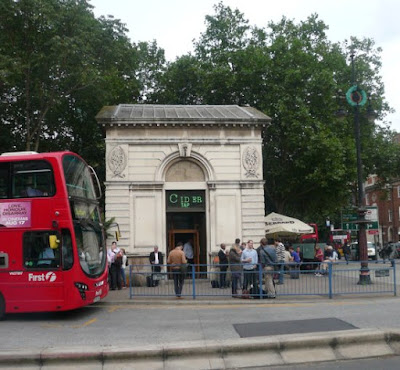 London, I harriedly learned, had teeming masses on a scale that made the New York City we'd been in just a week earlier look like a movie set. London, with its spoils from centuries of global financial domination and colonial exploitation. All of a sudden I felt very small.
Posted by urbanadonia at 3:51 PM