California, the Dreaming and the Dead 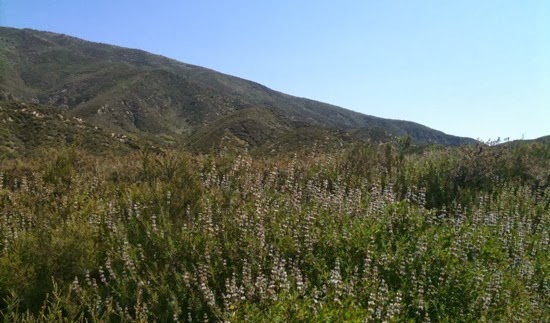 One Saturday last April, my family made a pilgrimage to two places from our past. The first site lay in the San Bernardino foothills, near the old settlement of Verdemont. Here we met some local history buffs at the foundations of what was once the family home, where Otto and Vera Frances Meyer lived with Lawrence and Kathryn, their two children. Kathryn was my grandmother. After Otto died in 1929, Vera sent the children to stay with her mother while she worked as a housekeeper and eventually remarried. The family rented out the house until it burned down decades ago.

Slowly over the next decades, Vera's land would be parceled off and sold to developers. The ranch house foundations today are on a suburban cul-de-sac, but more rugged-style for horse lovers.

We traveled up from the ranch house into the chaparral foothills to look for the grave of Julius Meyer, Otto's grandfather, who died in 1912. We knew it was somewhere within a few acres, but we didn't know the exact location because the current owners of the land did not want the verified existence of human remains on the site to add another barrier to their development plans. The friendly neighbor who had brought us up here in ORVs explained that this developer planned to build over 400 single family homes on these scrub hills. I was shocked to hear that, considering we were in a region known for its wildfires and water shortages and in foothills fissured by the San Andreas fault.

In addition to the seismic and climatological reasons not to develop on this land, we were nowhere near a source of employment. The nearest metropolis was San Bernardino, where we'd walked several miles that morning through the deserted downtown before finding an open restaurant. 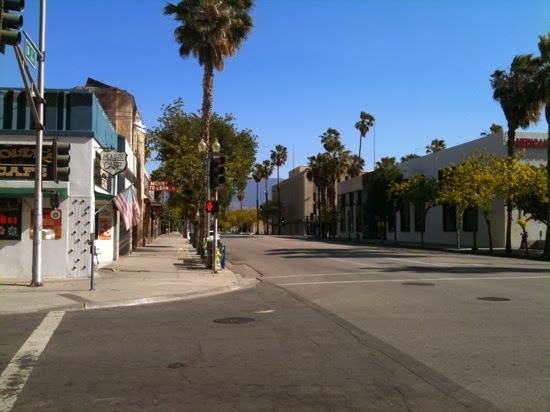 In that time we also saw a woman walking down the street clad only in underwear and a top, being led by a fully clothed man. Any development in those hills will be dependent on jobs and water obtained elsewhere.

We fanned out looking for evidence of a grave site, but found nothing conclusive.

Our next stop was a local history museum, where we saw pictures of our family members hanging on the walls. The Meyers had been a prominent family in the area. Then we headed to a site related to the other side of my mother's family, in Riverside. My other great grandfather, Lawrence Holmes Sr, had emigrated from Norway with his family at age 8 in 1881 as Lars Jensen. He became an actor and inventor. He designed and manufactured space-saving wall beds, which I've heard about all my life but did not see until I walked into a friend's studio apartment in Portland last summer and saw my great grandfather's name on an old metal bed frame. 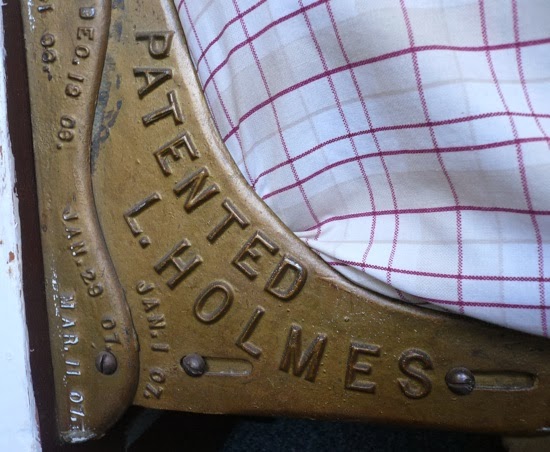 Lawrence appears to have been one of the early twentieth century utopians who saw in California a better future through experimental agriculture. He introduced carob cultivation to Riverside, and his ranch drew the interest of the Metropolitan Water District that wanted to expand water flowing into the region. He fought eminent domain for as long as he could, but he lost the case and his fortune. His land has been sitting underwater since the 1940s, and my great uncle, his last surviving child, who still holds mining rights to the land, in recent years revived that struggle through mineral tests. 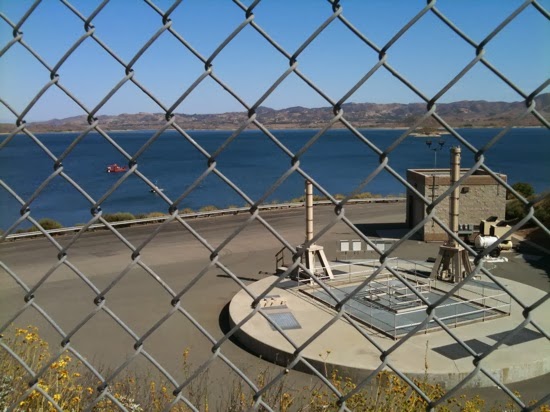 That April day we had the opportunity to visit the reservoir and see the water sparkling over the once carob ranch. It was a heavily guarded facility, understandably, as the water laying before us served millions of suburban homes in Orange County. We were joined by some women who had co-authored a local history book that mentioned my great grandfather's struggle with the MWD.

The heat of the day was starting to get to me, exacerbated by the usual stress of traveling with a caravan of people. I'd been concerned that I would feel trapped on this automotive excursion, and the news of the development plans for the Meyer Ranch didn't help. Then the very friendly employee, who had connected with my sister and given up his day off to picnic with my family on the bluff overlooking the reservoir, gave the company line that justified the flooding of this land, and the senseless development that has driven California to today's water crisis. I felt like I was entering the twilight zone. It was development opportunity, not populist survival, that led to these mega water projects, but he said that our great grandfather had sacrificed his land so that millions of people could live on the water funneled from the Colorado River to this reservoir.

The acre feet filling the depths of the valley below us were framed not as a great human folly that turned this land into an exurban machine generating profits for a few at the cost of millions of others, but as a laudable symbol in our right to survive wherever we choose.

I started hyperventilating and crying, and my mother rescued me and drove me to a train station. There I could head back into my sustainability bubble, return to the rail corridor that reassured me that not all is lost, that there are some shreds of reality in Southern California.

I have not lived in California since 2011, and the major reason I have not returned is the water crisis. I miss the state. It is a place that I feel viscerally connected to, by living family and by my time in Los Angeles, but also because there are buried in the ground once beautiful women I loved, my grandmother facing the sea and my great grandmother facing the foothills.

Will California wake up? Our land of dreams has been renewed over and over with new fantasies, in the American era starting with the health dream that brought people on the first rail lines, and the oil geysers, and the government subsidies that built the postwar nuclear dream homes, and the surf style that went far beyond those who actually learned to ride the waves, and the hippies, and the cultists, and the people who hate the immigrants who care for their children, prepare their food, and clean their homes. All of this makes it seem like it is not Californian to confront delusion; it is Californian to produce it.

Two days before that Saturday expedition into my family's past, I gave a talk at UC Riverside, followed by a dinner with some faculty and the man who ran the college's sustainability demonstration garden. He gave me two ripe grapefruits. 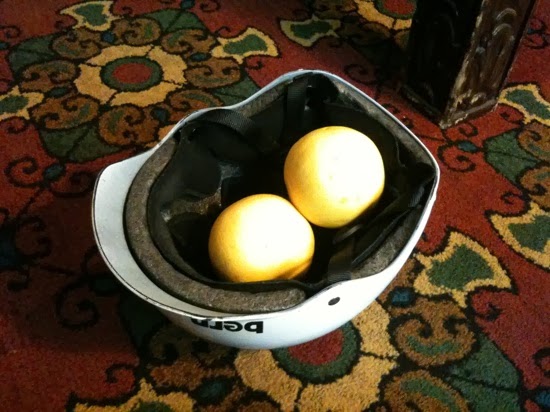 I hope this can be the end of a blind era and the beginning of adaptation to the region's underlying ecosystems. Is it really so terrible to envision cacti landscape instead of lawns, greywater systems instead of water loss, built environments that allow rainwater to seep back into the ground instead of flushing it off the concrete into the waterways?

The pungent scent of the chaparral softened by the dewy air; for all their stucco subdivisions they've yet to overpower it.


Pete Seeger - Little Boxes by jolysable
Posted by urbanadonia at 4:32 AM