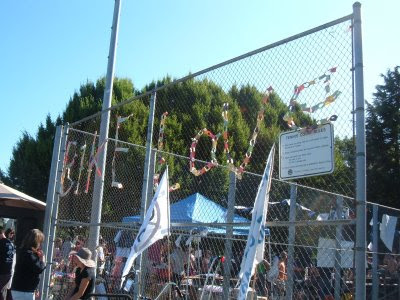 On Saturday I spent some hours drinking cheap hefeweizen and watching bikes ride in circles at Colonel Summers Park off 20th and Belmont in SE Portland. As a tail end activity to PedalPalooza, the Multnomah County Bike Fair attracted a diverse crowd of hardcore bike children of all ages (aww). I bought some anarcho-looking patches to add to my clothes, including the educational "Bicycles allowed full lane." I think I'll put that one on my backpack.
There was tall bike jousting: A terrifying chicken on wheels: 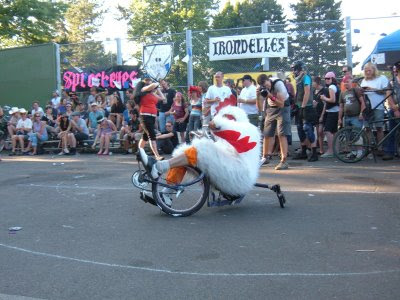 Bobby got in on the action, riding in one of the bike derbys: 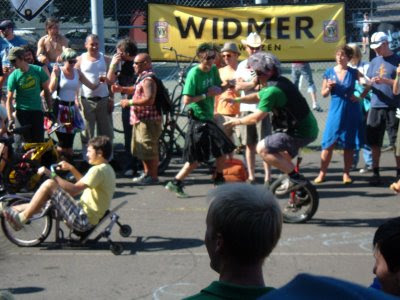 But then a ten year old girl beat all the bike freaks and won the derby. What a day for womankind!
Posted by urbanadonia at 1:43 PM