A Brief Visit to the SLC Bicycle Collective

I like to get a little fieldwork in when I travel. My trip to Salt Lake City culminated in one incredibly busy day, where I presented on a panel entitled "Transportation Mode Choice and Behavior among Immigrants" at the Association of Collegiate Schools of Planning annual conference, and also visited a local bike organization that does cool work.

This was my first time at ACSP, and I really enjoyed it. I ran into folks from my university, fell in with a flock of Canadian planning PhDs, and generally had fun. By going to panels, I also got a better sense of what I'd need to say to make my research about bikes, bodies, and public space in LA mean something to transportation planners. After listening to a rewarding roundtable discussion by recipients of the Paul Davidoff Book Award, I scooted out to the light rail and used the transit pass that had been included in my conference materials (what a great idea) to head south to the SLC Bicycle Collective. I was interested in visiting because their website talks about recycled bikes and serving low income communities. My research and activism focus on making connections between low income communities and the bike movement. Not only do low income cyclists exist in cities and suburbs, we should be doing more to promote cycling in low income communities. So I was excited to find out what's being done on this front in SLC! 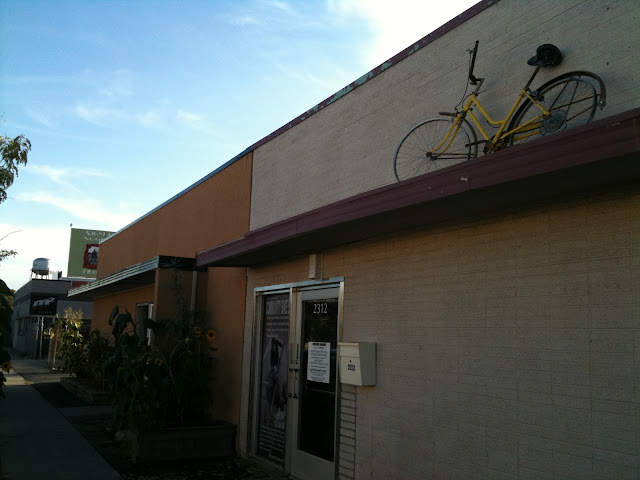 Located in a light industrial neighborhood, several long blocks from a light rail station, the Collective has an impressive workspace full of bikey materials. When I arrived, there were only a few people wrenching, since they had not yet started their public hours. Over coffee at the vegan café down the block, I met with Jonathan Morrison, a co-founder of the space and the executive director, and learned a bit about their goals and programming. 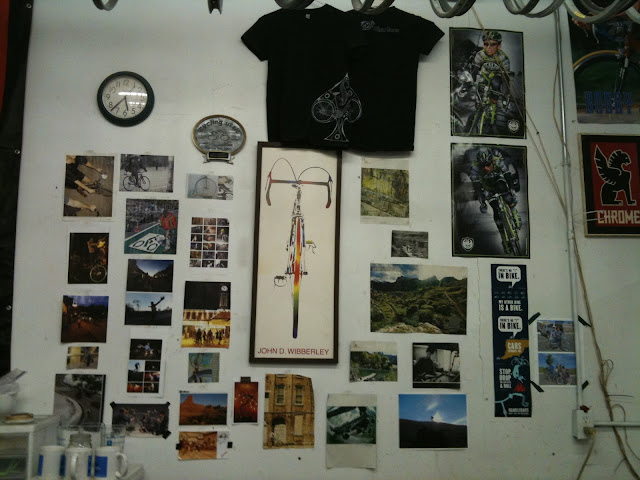 Jonathan moved to the city in 2000, and met some other bicyclists through Critical Mass. Someone at a local government bike advisory committee suggested opening a tool cooperative, but the city passed on funding something like that. Thinking it'd be cool to have a place to fix their bikes, a kind of shared garage, a group of people decided to take the project on. They incorporated in 2002, and decided to focus on offering bike education to low income kids and promoting bikes as transportation. Almost ten years later, they're going strong. 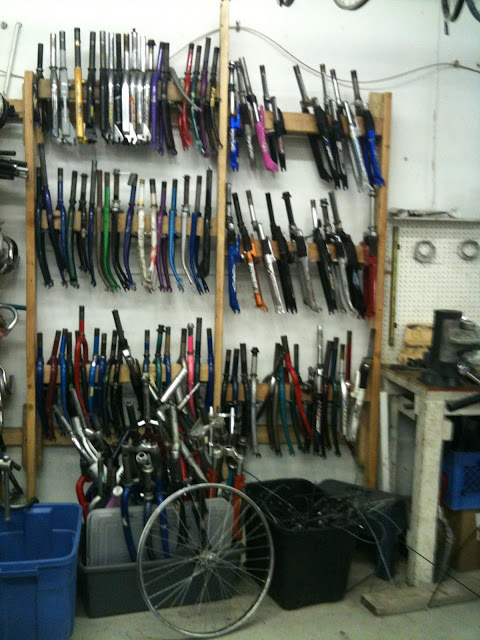 Most impressive to me, the Collective has relationships with groups that support refugees and other immigrants in Salt Lake City. A person in need of transportation can get a voucher from a participating organization, bring it here, and walk out with a recycled bike. I like the idea of nonprofits working together like a machine. 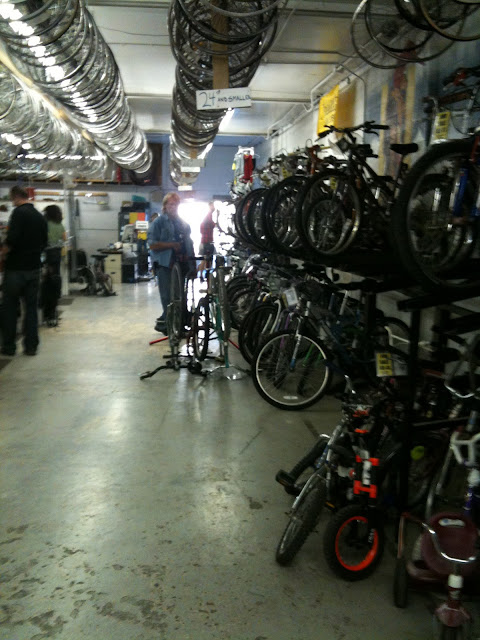 And, similar to what happened in Los Angeles around the Bike Kitchen, the Collective's presence seems to have encouraged more businesses to open up in the neighborhood. The vegan café (where the very sweet server treated us to coffee) and another bike shop have opened up nearby since they settled into this location. 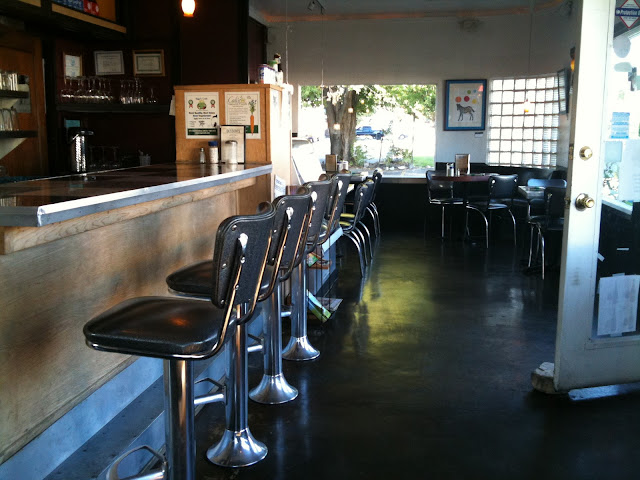 When we walked back over so Jonathan could open up the space for fixing hours, we found a group of people waiting to get to work. Before I left I happened upon a volunteer trying to communicate with a Latino man who spoke mainly in Spanish. Jonathan had mentioned that the collective hasn't yet managed to establish relationships with SLC's Latino community, and it did seem like this man was having a hard time getting started on his repairs. I tried to help facilitate understanding, but having gone months without talking about bikes in Spanish, I struggled too. Fortunately it seems like a space that would welcome more involvement by Spanish speaking volunteers, and I admired the effort the volunteer made to cross the language barrier.

As I walked back to the light rail, I thought about how if I lived in SLC, I would be volunteering at the Collective and helping bridge that gap, being human infrastructure to make their services work for Spanish speakers. Then I thought, how come I'm not doing that work in Seattle? Thanks for reminding me to take initiative in my community, SLC Bicycle Collective!
Posted by urbanadonia at 11:01 PM