1. Here industry does not refer to pollution or exploitation. It refers to group harmony. 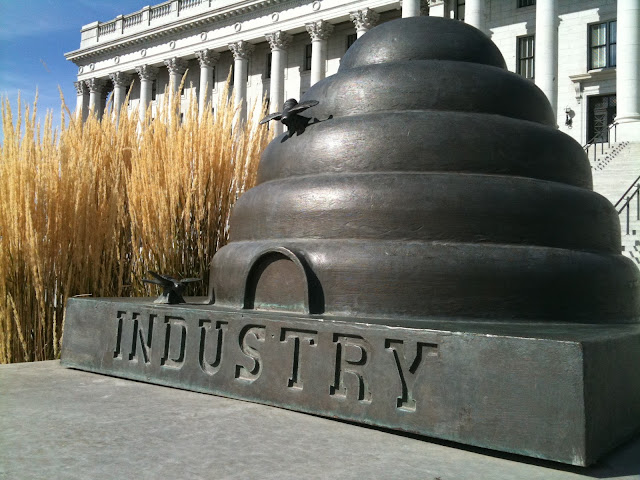 2. The streets are very wide. My hostess told me an urban legend about the streets being made wide enough to accommodate wagons turning around. The city's grid centers on the LDS temple. 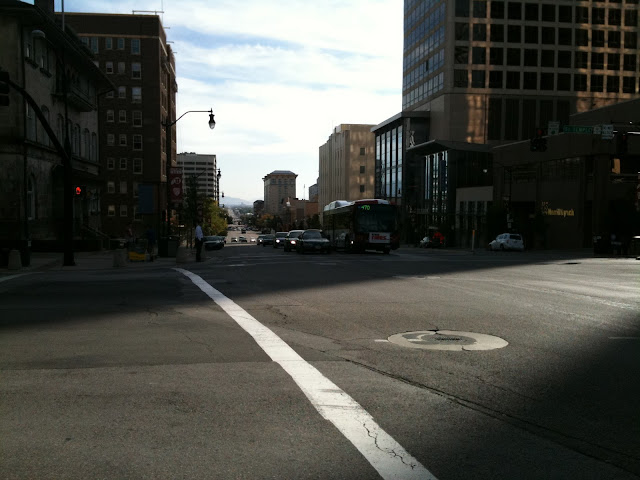 3. Because religion shaped the urban form, public and private space can be hard to differentiate. What look like city parks or shopping malls are actually church properties. 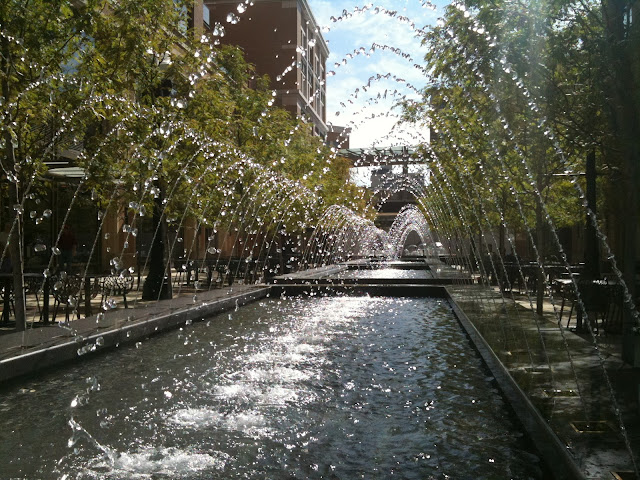 4. At one such park, the LDS church "honors" Brigham Young as a colonizer. They gloss over his polygamy though. 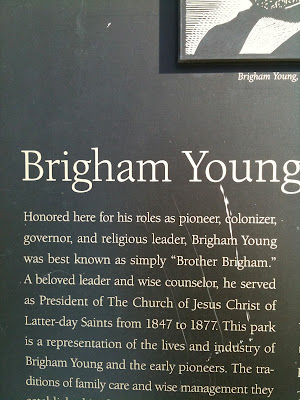 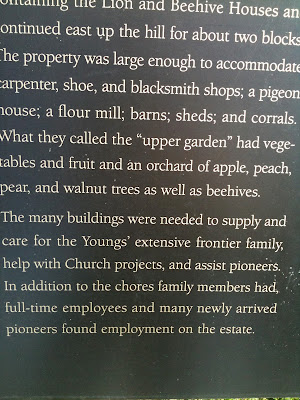 5. The sturdy old buildings remind me of other southwestern cities like Flagstaff and Denver. 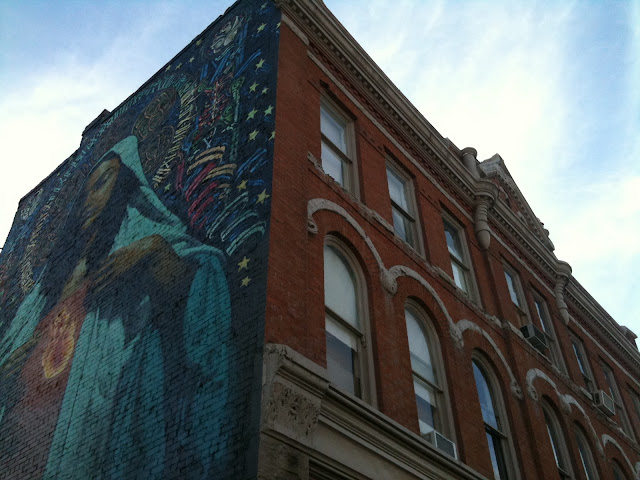 6. Across the railroad tracks on the west side of downtown, you can find some industrial urban decay. 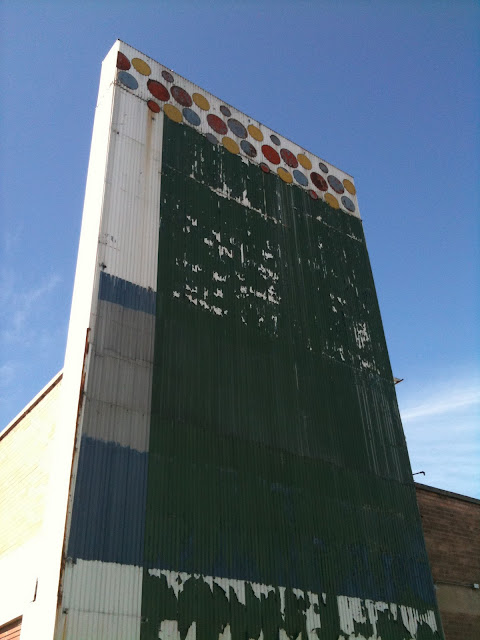 7. The City and County building looks like a fantastic castle. It's the grandest example of Richardsonian Romanesque architecture I've met. The security guard inside let me wander around after giving me a mini lecture about the building's history (this dude was well informed). 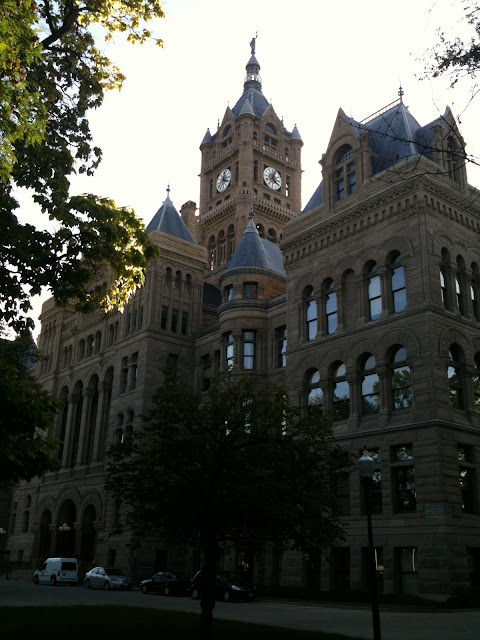 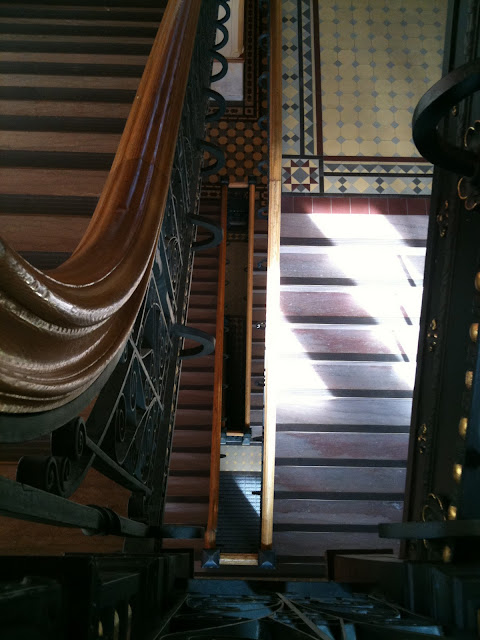 8. They've got the most picturesque capitol I've seen, up on a hill commanding the valley. The interiors were very impressive, but it all felt too clean and neat rather than maturely aged. 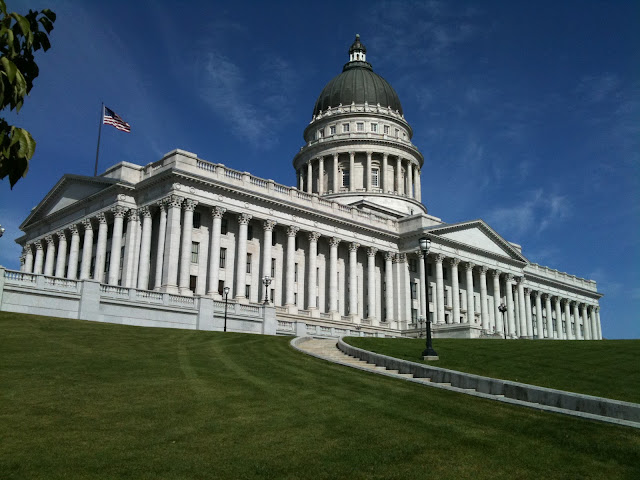 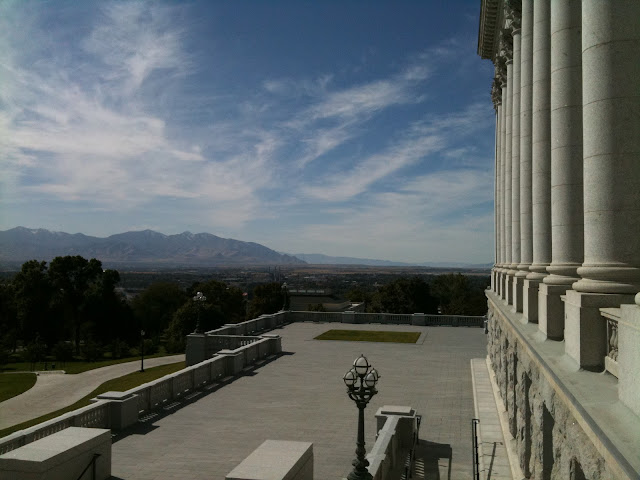 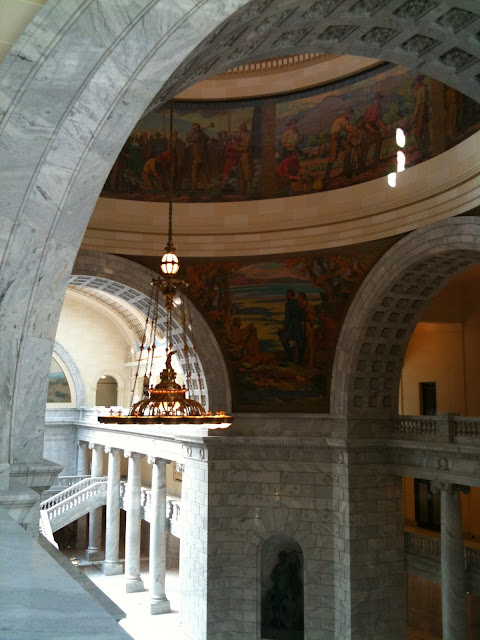 9. The City Library blows my mind! Rooftop garden, check. Lots of seating next to windows, check. They also have shops inside an atrium, a very engaging layout, and a fantastic public space outside. Also it's open till 9 pm on weeknights. Last but not least, beekeeping in the rooftop garden. 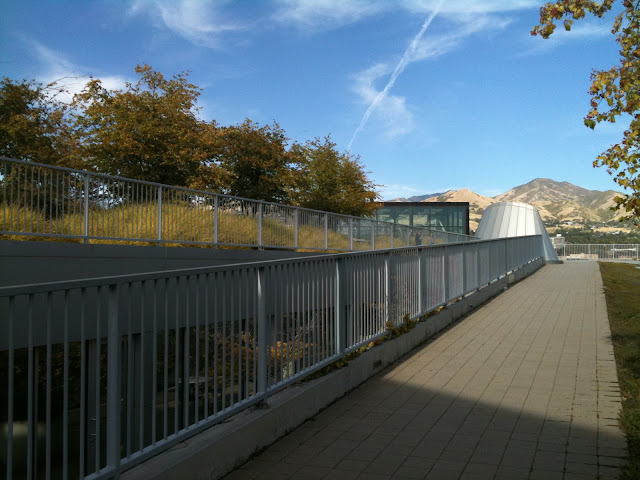 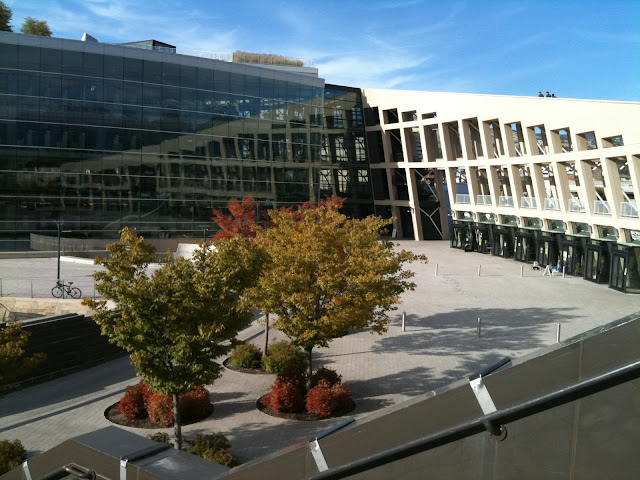 10. There's a garden called Gilgal that looks kind of like a cross between a miniature golf course and the Watts Towers. Like the Watts Towers, it was developed over many years by one guy. My hostess described it as a different expression of LDS faith than one would find at the tabernacle complex. 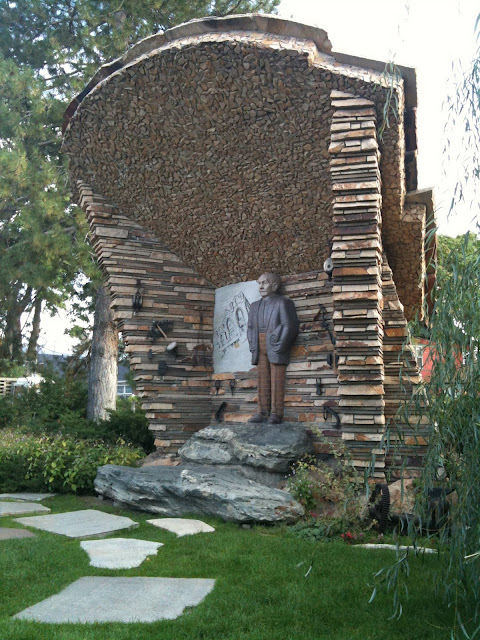 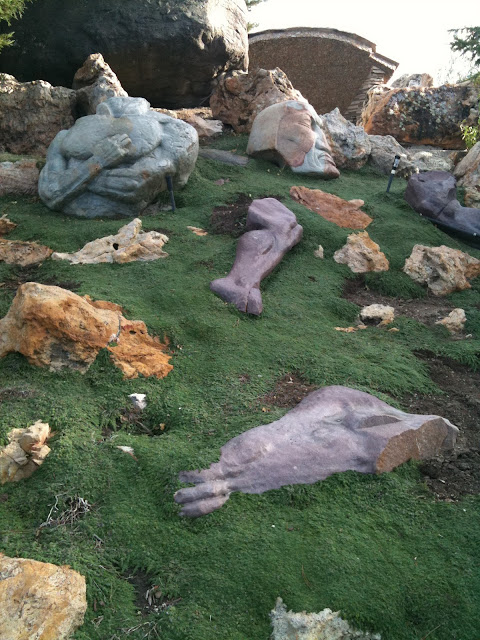 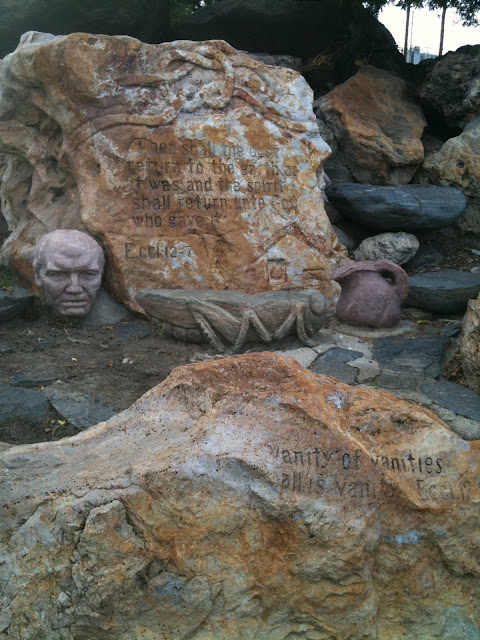 11. As I left Gilgal, I saw a woman who was texting and driving very nearly run over a young girl riding a bike in a crosswalk. I don't think the texting motorist ever noticed the girl, she didn't slow down or look up from her phone. The girl had to stop short, about an inch from being hit. I tried to shake the chill from my spine. Later I discovered that the U.S. Department of Transportation has a campaign around distracted driving. Here's their website.
Posted by urbanadonia at 9:49 PM